Computer science students at the Albstadt-Sigmaringen University of Applied Sciences showed how to make smart products out of alleged electronic waste at the first Makeathon. Their creative and innovative ideas were recently presented to a high-caliber jury with representatives of regional companies in Albstadt. The winner is a discarded coffee pod machine that not only recognizes faces and reacts to voice commands, but also tells jokes.

The event was organized by Prof. Dr. Derk Rembold from the computer science faculty, the technology workshop Albstadt and the IHK Reutlingen. A Makeathon is a competition in which student groups work on a task within a given time. In this case, they should enhance a defective device with the help of a voice control and thus make it “smart”.

The idea was born against the background that the life span of electrical appliances is getting shorter and shorter. “Because these require valuable resources for production, the lower energy consumption of new devices is compensated,” says Derk Rembold. “Ultimately, that’s at the expense of the environment.”

Students surprise with their creative ideas

In total, six groups with a total of 15 students took part in the Makeathon. Each group received an electrical device and a control device.

In the end, the students did not only surprise the jury with their creative results, but also their professor. “My expectations were far exceeded,” says Derk Rembold. For example, an old coffee machine was equipped with a sensor for the water level, an internet platform was created on which several kitchen appliances can be made smart via an interface, and an old microwave was made receptive to voice commands. Two other groups equipped a scrap hair dryer and an old mixer.

As the best idea, the jury finally awarded the rebuilt coffee pod machine. The students Lisa-Marie Mai, Mario Jacobi, Steffen Poppel and Rosario Di Giovanni made this piece of electronic waste a device that reacts to voice commands, recognizes faces and remembers habits and on top of that also tells coffee jokes. The group can look forward to a prize of 500 euros. In second place was the internet platform (200 Euro prize money) and on the third the microwave (also 200 Euro prize money). The Makeathon was sponsored by the Förderverein of the University, the Digital Innovation Center of the State Government (DIZ), the Association of German Engineers (VDI), the Association of Electrical Engineering, Electronics and Information Technology (VDE) and the Albstädter company Korn Recycling.

THE Ranking: Second place in Germany for Ulm University 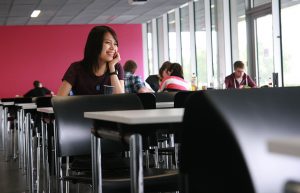 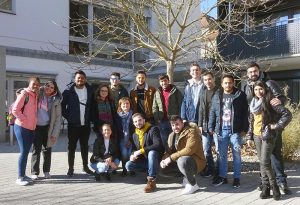 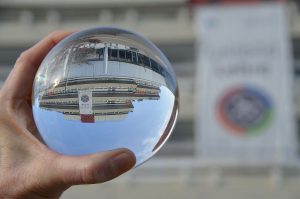 Ulm University is rolling out a digital summer semester 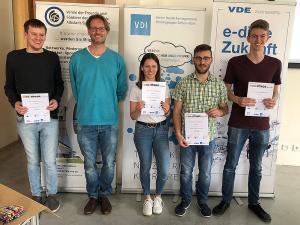 Studying in the heart of Southern Germany